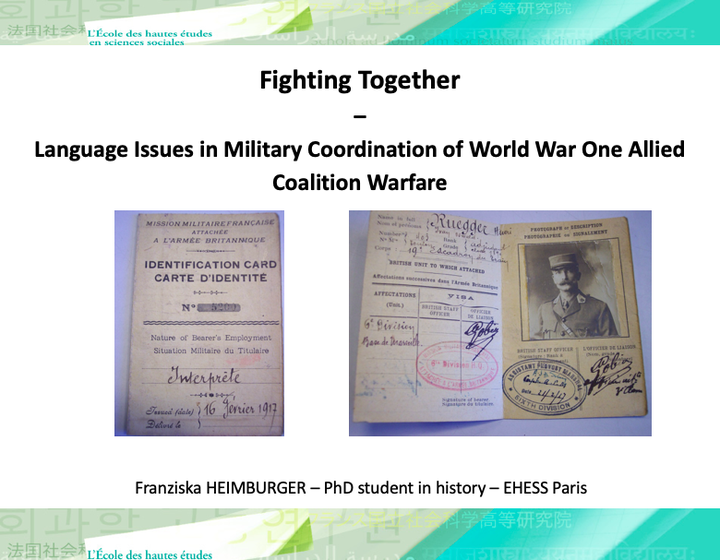 The English troops […] could not use French spades, which meant 8000 spades per division had to be exchanged when we relieved a French division and vice versa. Thus wrote, considerably after the war, and in the context of an anthropological essay, Marcel Mauss, onetime French military interpreter alongside the British troops during the First World War. This passing remark not only illustrates the extraordinary and largely unexplored complexity of coalition warfare, but also throws up fundamental questions about communications and specifically language use. Who first noticed there was a problem with the spades? Who did he have to contact to have the problem solved? Who decided on the rotation of spades? Who implemented the policy? And what role did military interpreters like Mauss play in the whole process? In this paper I intend to explore two components of the military coordination aspects of coalition warfare - first of all the logistics of joint attacks, such as those explored by Elizabeth Greenhalgh for the Battle of the Somme2 and secondly the negotiations concerning the delimitation of the respective military zones, road usage and transport logistics. While the contact between the British troops and the French civilians has already been studied3 (albeit not specifically from an angle of military interpretation), properly military coordination remains a largely unknown domain. It is hoped to show how such negotiations were conducted, what roles the military interpreters played and how successful these various strategies proved to be.